Ok, Relic were on hand again for EGX 2014 to talk about Company of Heroes 2: Ardennes Assault.

We've talked about this already, namely in EGX Rezzed commentary from earlier this year, but Relic surprised me by making this one of the shortest Dev Sessions so far of EGX2014...
Now in March, at Rezzed, people were expecting Dawn of War, not Company of Heroes, but ho hum and Ardennes Assault is what we're getting. 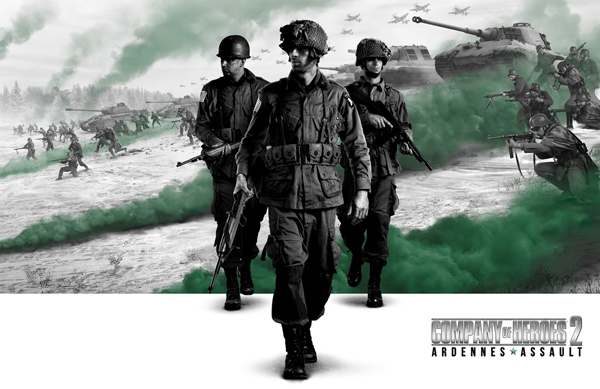 The brief game play video they showed off, showed the use of the new True Sight system, which basically means troops have true line of sight, meaning you can tell them to shoot something, but if they can't SEE it, they won't shoot it, which, in itself is cool, but honestly, I'm bored of WW2 games... Hell, even the FPS industry has moved away from WW2 finally

Company of Heroes 2: Ardennes Assault will feature three entirely new Companies to choose from within the US Forces, each with their own unique Officers and play-style. Players will see their decisions and actions reflected across the Ardennes landscape in this dynamic new single-player campaign. Player choices are crucial as every decision will not only impact the story but also their Company with upgrades and Veterancy carrying over from mission to mission. With limited soldiers under your command, you must manage their lives and well-being effectively or risk losing that Company for good. Will you lead your Company valiantly and emerge as heroes?

Company of Heroes 2: Ardennes Assault is developed by Relic Entertainment and will be launching on November 18, 2014, for Windows PC and PC digital download platforms and you can see the Developer Session below: