Currently fans of the Oculus Rift are waiting for the release of the second version of the VR headset, which will be released sometime next year in a limited release at first to judge interest. The prototype development kits that have been available since earlier this year, most often referred to as DK2s, have certainly proven popular.

Somewhere in between all the prep for the release of the Rift Version 2 though, Oculus have managed to come up with another prototype which they've called the 'Crescent Bay'. The headset is designed to achieve things that'd be "impossible" for the DK2, with 360 degree head tracking, improved weight and “high-quality” integrated audio all as part of it. 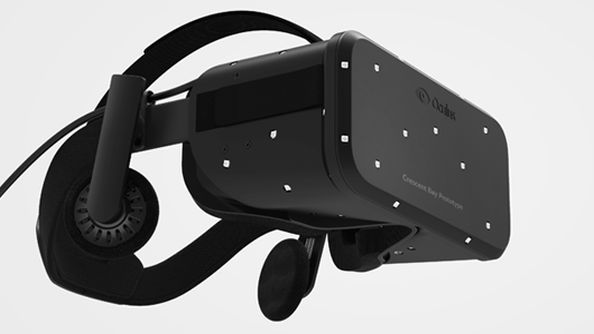 The prototype was shown off to people at the Oculus Connect show to try it out, and photos of the device have also been made public. A new display is being used, but the exact specs haven't been released yet. The DK2 used the screen from the Galaxy Note 3, so chances are it will be an improvement over that screen. The tracking markers on the back of the headset are there to help with the 360 degree tracking within the virtual environment as well as the accuracy. It also comes with an optional pair of on-air headphones that are used in collaboration with a new piece of audio software - Real Space 3D Audio Specialisation.

Sounds cool doesn't it? Are you excited for the potential release of a VR headset like this one? Tell us below!
Yes that's Minecraft-me in my av. Done by Reiu who is damn talented!
Top
Post Reply
1 post • Page 1 of 1